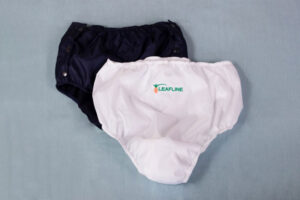 An adult nappy is a nappy made to be worn by a person with a body larger than that of an infant or toddler. Nappies can be necessary for adults with various conditions, such as incontinence, mobility impairment, severe diarrhea or dementia. Adult nappies are made in various forms, including those resembling traditional child diapers, underpants, and pads resembling sanitary napkins (known as incontinence pads). Superabsorbent polymer is primarily used to absorb bodily wastes and liquids.

Alternative terms such as “briefs” or “incontinence products” are also used.

People with medical conditions which cause them to experience urinary or fecal incontinence often require nappies or similar products because they are unable to control their bladders or bowels. People who are bedridden or in wheelchairs, including those with good bowel and bladder control, may also wear diapers because they are unable to access the toilet independently. Those with cognitive impairment, such as dementia, may require diapers because they may not recognize their need to reach a toilet.

Absorbent incontinence products come in a wide range of types (drip collectors, pads, underwear, and adult nappies), each with varying capacities and sizes. The largest volume of products that is consumed falls into the lower absorbency range of products, and even when it comes to adult diapers, the cheapest and least absorbent brands are used the most. This is not because people choose to use the cheapest and least absorbent brands, but rather because medical facilities are the largest consumer of adult nappies, and they have requirements to change patients as often as every two hours. As such, they select products that meet their frequent-changing needs, rather than products that could be worn longer or more comfortably.

Specialty nappies are required for swimming or pool therapy. These are known as swim nappies or containment swim briefs. They are intended mainly for fecal incontinence; however, they can also be useful for temporary urine containment, to maintain dignity while transferring from change room to pool.

Other Uses for Adult Nappies

Astronauts wear trunk-like nappies called “Maximum Absorbency Garments“, or MAGs, during liftoff and landing. On space shuttle missions, each crew member receives three nappies—for launch, reentry and a spare in case reentry has to be waved off and tried later. The super-absorbent fabric used in disposable nappies, which can hold up to 400 times its weight, was developed so Apollo astronauts could stay on spacewalks and extra-vehicular activity for at least six hours. Originally, only female astronauts would wear Maximum Absorbency Garments, as the collection devices used by men were unsuitable for women; however, reports of their comfort and effectiveness eventually convinced men to start wearing the nappies as well. Public awareness of astronaut nappies rose significantly following the arrest of Lisa Nowak, a NASA astronaut charged with attempted murder, who gained notoriety in the media when the police reported she had driven 900 miles, with an adult nappy so she would not have to stop to urinate.

Other situations in which nappies are worn because access to a toilet is unavailable or not allowed for longer than even a normal urinary bladder can hold out include;

Chinese media reported in 2006 that nappies are a popular way to avoid long queues for the toilets on railway trains during the Lunar New Year traveling season.

In Germany, younger patients in drunken coma are placed in hospital nappies.

In 2020, during the COVID19 Coronavirus Pandemic, the Civil Aviation Administration of China recommended that flight attendants wear disposable adult diapers to avoid using the lavatories, barring special circumstances, to avoid infection risks while working onboard aircraft.

In New York City during the Holidays (Such as New Year’s Eve) people wear them so that they’re able to relieve themselves to stay clean comfortable & lucky without losing their spot.

The adult nappy market in Japan is growing. On September 25, 2008, Japanese manufacturers of adult nappies conducted the world’s first all-nappy fashion show, dramatizing throughout it many informative dramatic scenarios which addressed various issues relevant to older people in diapers.

In May 2010, the Japanese adult nappy market expanded to be used as an alternative fuel source. The used nappies are shred, dried, and sterilized to be turned into fuel pellets for boilers. The fuel pellets amount to 1/3 the original weight and contain about 5,000 kcal of heat per kilogram.

There are those who believe diapers are a preferable alternative to using the toilet. Public toilet facilities are so unhygienic that it is actually safer for people—especially women—who are vulnerable to infections to wear adult nappies instead. Men’s Health magazine believes that wearing diapers can help people of all ages to maintain healthy bowel function. “Nappies, are nothing other than a more practical and healthy form of underwear. They are the safe and healthy way of living.” Some people believe it should be socially acceptable for everyone to wear nappies permanently, claiming that they provide freedom and remove the unnecessary hassle of going to the toilet; just as social advancement has offered solutions to other complications. Make the elderly finally feel embraced instead of ridiculed and remove the teasing from the adolescent equation that affects so many children in a negative way. Give every person in this world the opportunity to live, learn, grow and urinate anywhere and anytime without societal pressure to “hold themselves in.”

The usage of adult nappies can be a source of embarrassment, and products are often marketed under euphemisms such as incontinence pads.

In 2006, seventeen students taking a geriatrics pharmacotherapy course participated in a voluntary “nappy experience” exercise to help them understand the impact incontinence has on older adults. The students, who wore adult diapers for a day before writing a paper about it, described the experience as unfamiliar and physically challenging, noting that being in diapers had a largely negative impact on them and that better solutions to incontinence are required. However, they praised the exercise for giving them insight into incontinence and the effect it has on peoples’ lives. 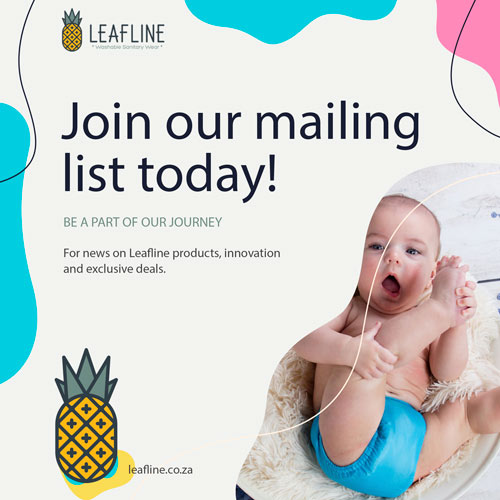 Please note we have a minimum order amount of R300 Dismiss